The Øresund/öresund/Oresund Bridge/öresundsbron is a combined railway and motorway bridge across the oresundstrait between Sweden and Denmark. The bridge runs nearly 8 kilometres (5 miles) from the Swedish coast to the artificial island Peberholm in the middle of the strait. The crossing is completed by the 4-kilometre (2.5Â mi) Drogden Tunnel from Peberholm to the Danish island of Amager. 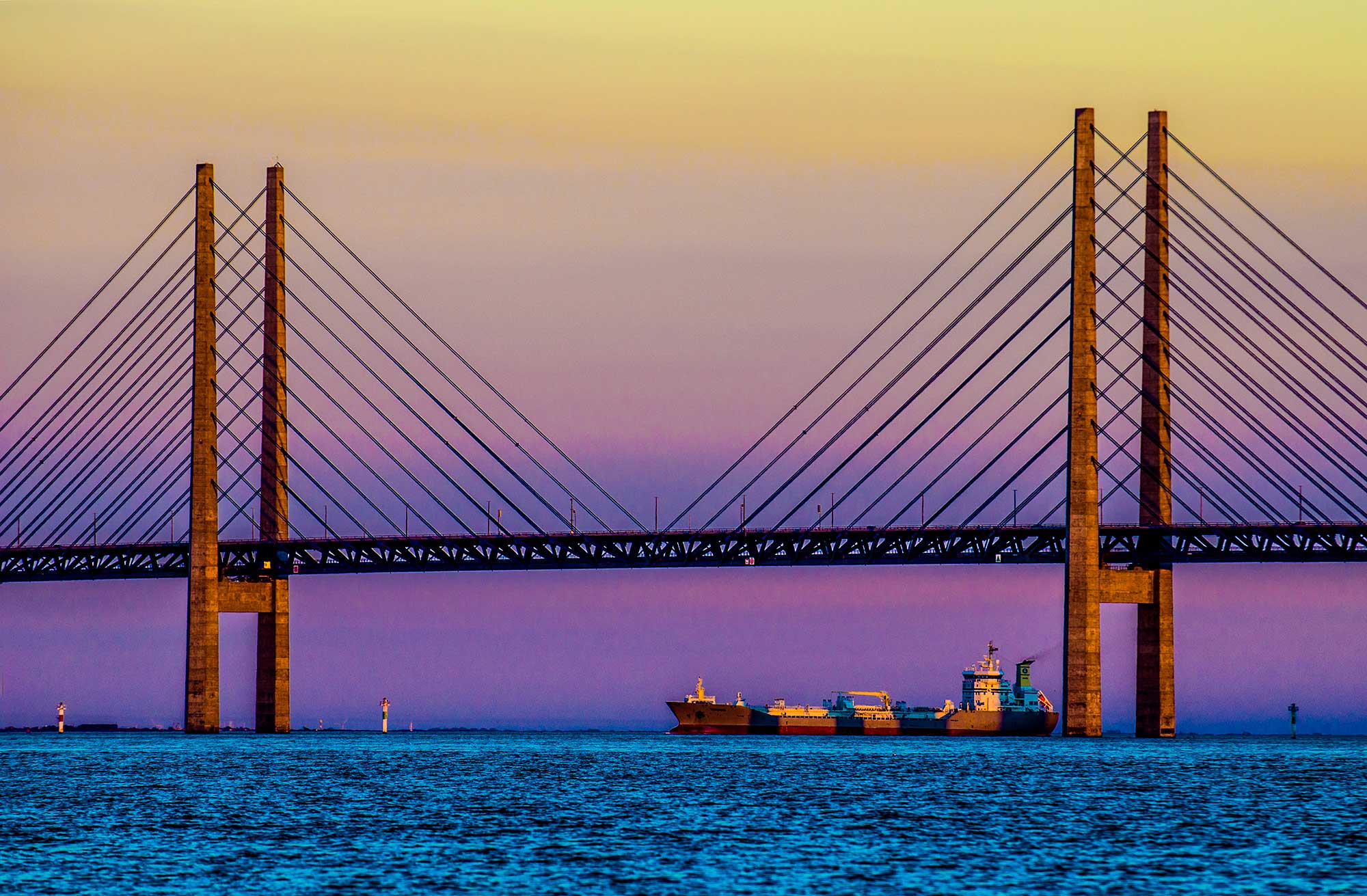 The Bridge is the longest combined road and rail bridge in Europe and connects two major metropolitan areas: Copenhagen, the Danish capital city, and the Swedish city of Malmo. It connects the road and rail networks of the Scandinavian Peninsula with those of Central and Western Europe. A data cable also makes the bridge the backbone of internet data transmission between central Europe and Sweden/Finland.[2] 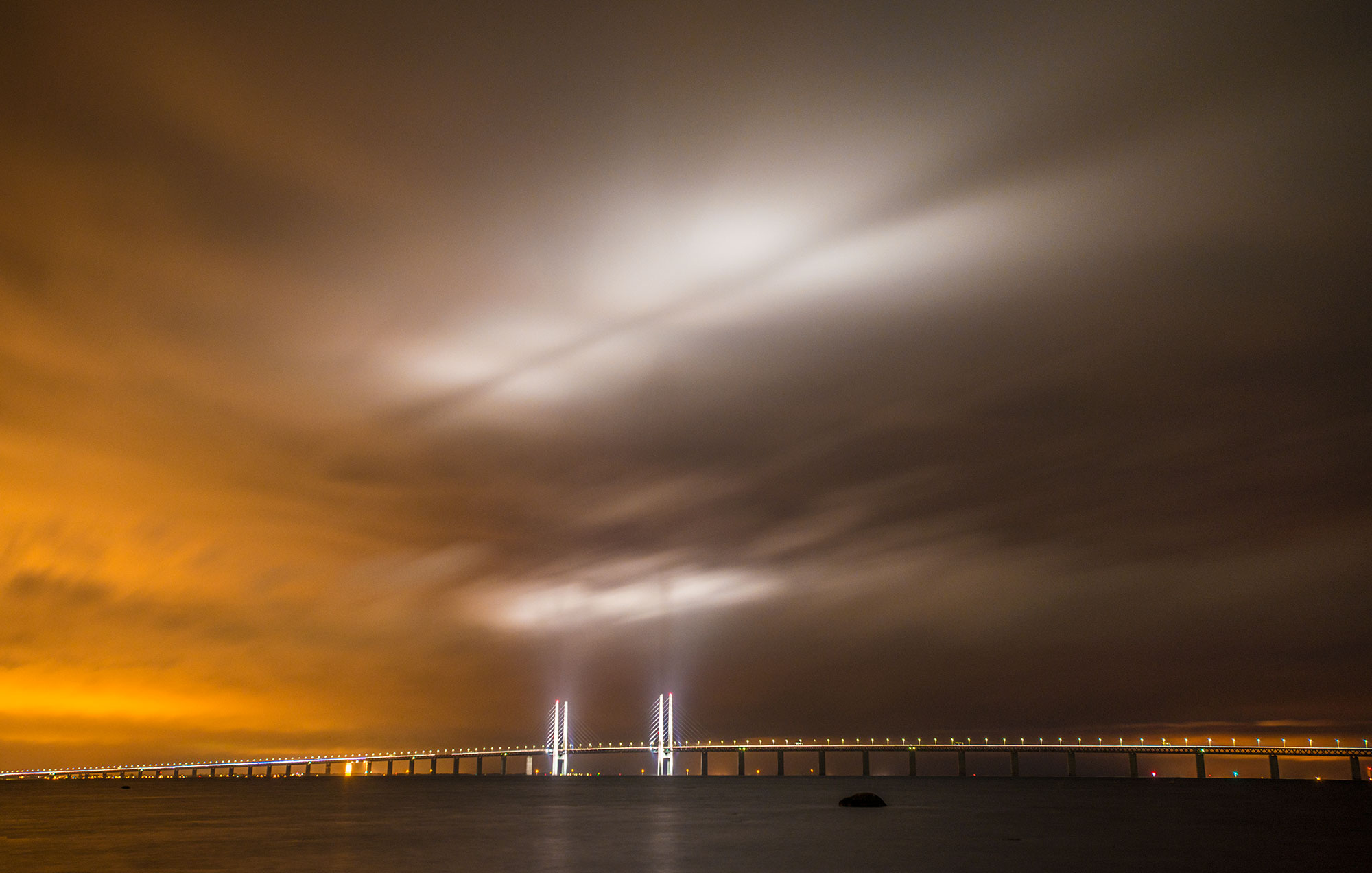 The international European route E20 crosses via road, the Oresund Line via railway. 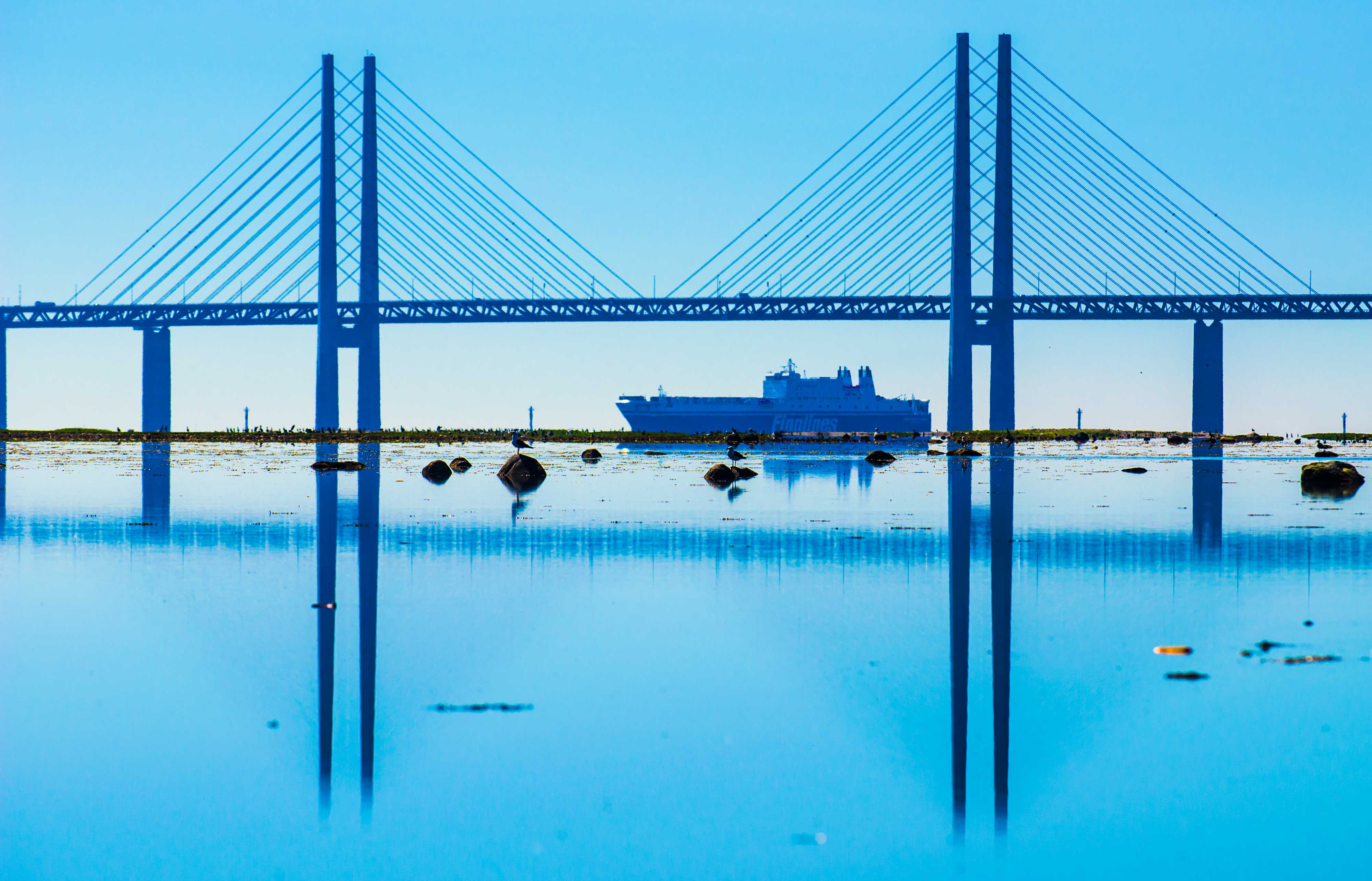 The construction of the Great Belt Fixed Link, connecting Zealand to Funen and thence to the Jutland Peninsula, and the 0resund Bridge have connected Central and Western Europe to Scandinavia by road and rail. 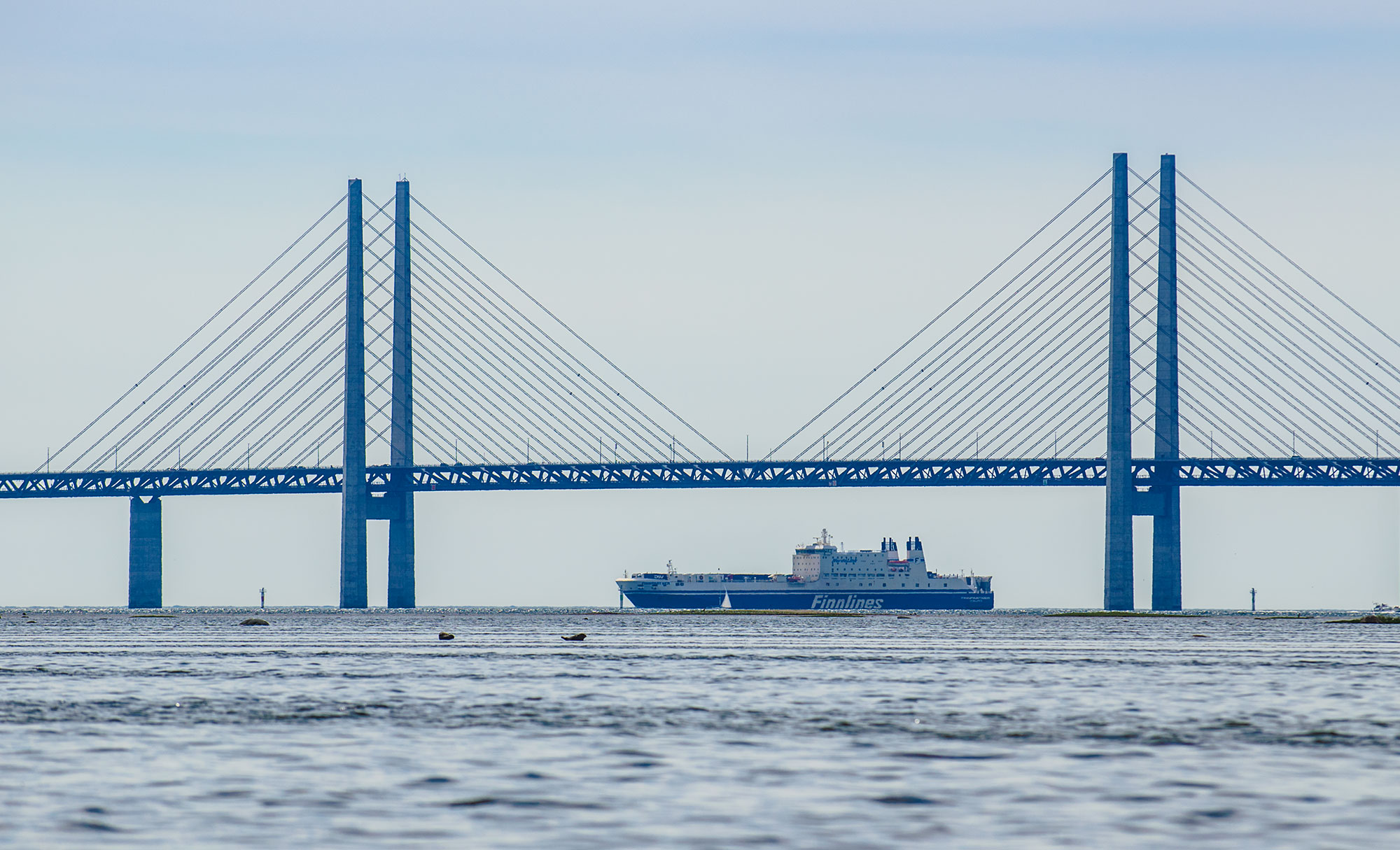 The oresund Bridge was designed by the Danish engineering firm COWI. The justification for the additional expenditure and complexity related to digging a tunnel for part of the way, rather than raising that section of the bridge, was to avoid interfering with air traffic from the nearby Copenhagen Airport, to provide a clear channel for ships in good weather or bad, and to prevent ice floes from blocking the strait. 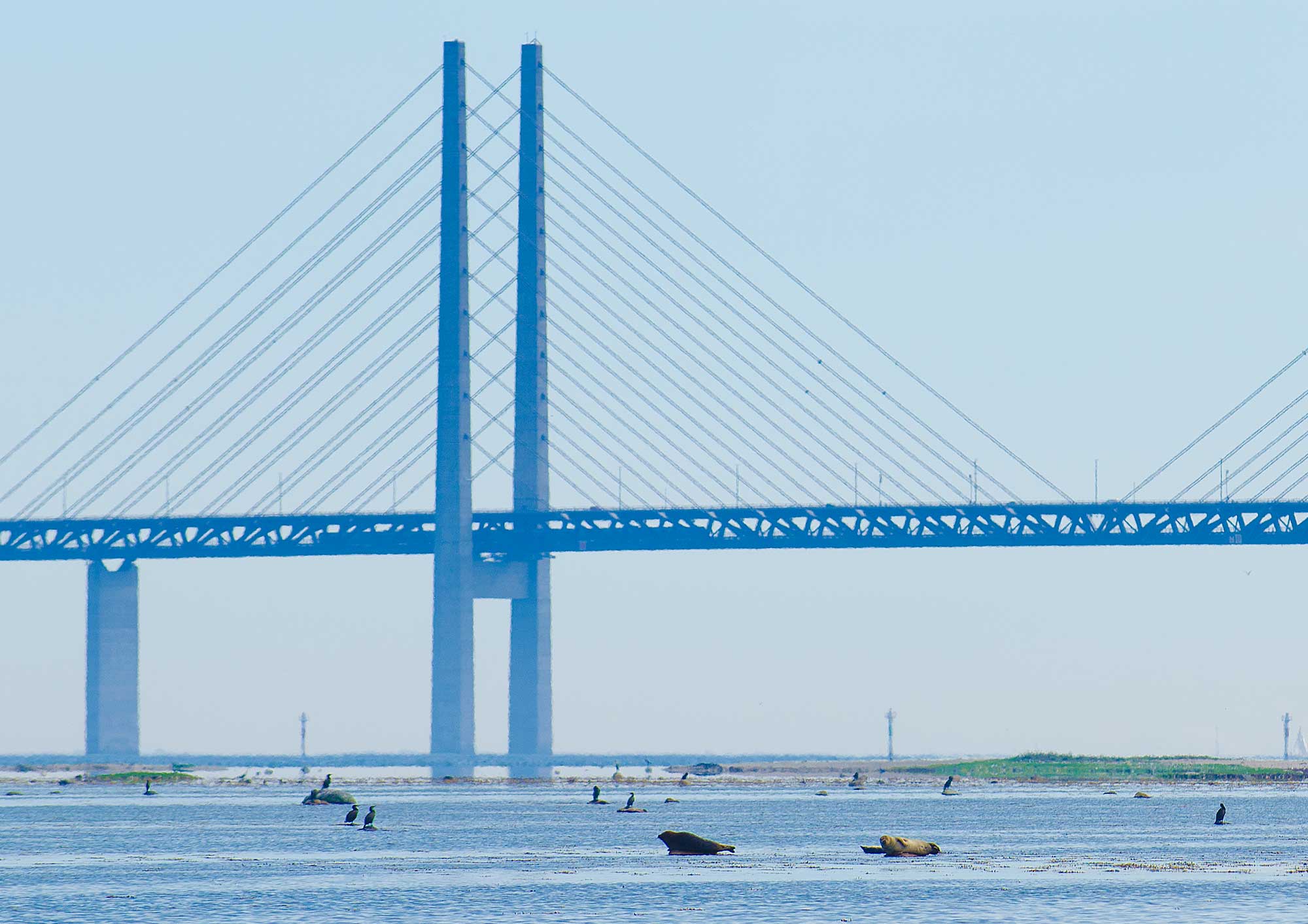 The oresund Bridge crosses the border between Denmark and Sweden, but in accordance with the Schengen Agreement and the Nordic Passport Union, there are usually no passport inspections. There are random customs checks at the entrance toll booths entering Sweden, but not when entering Denmark. Since January 2016, checks have become significantly more stringent due to the European migrant crisis. 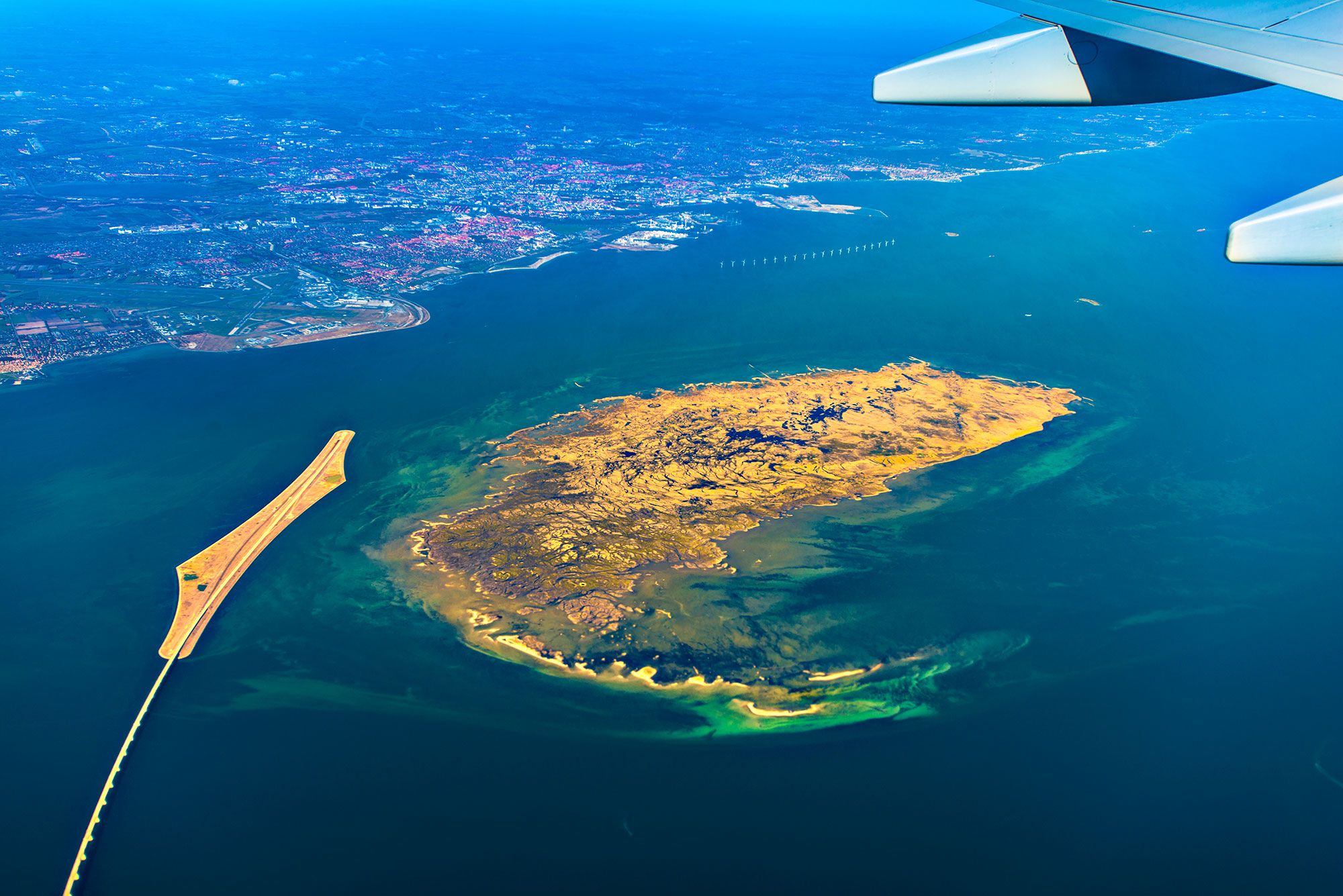 Construction began in 1995, with the bridge opening to traffic on 1 July 2000. The oresund Bridge received the 2002 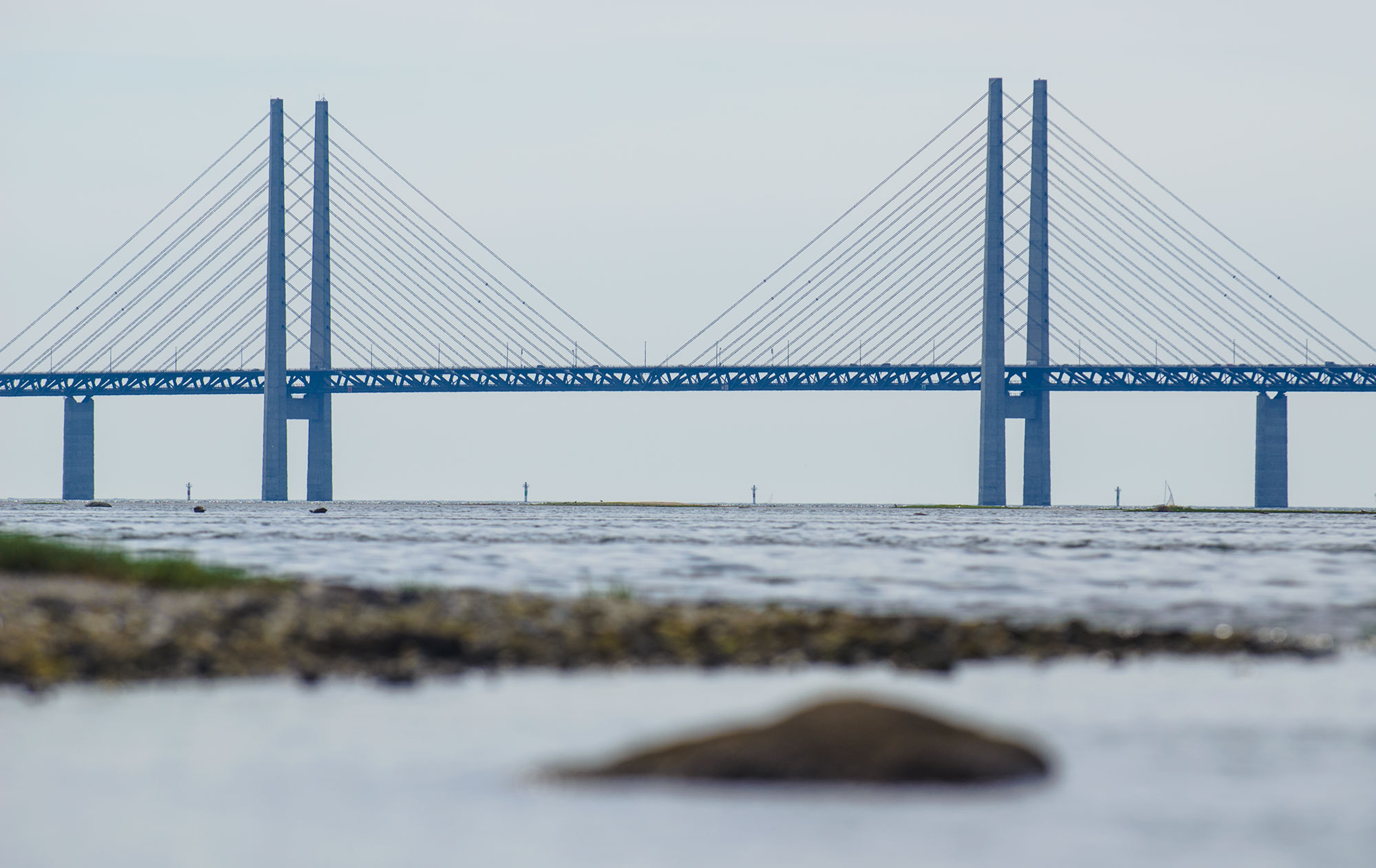 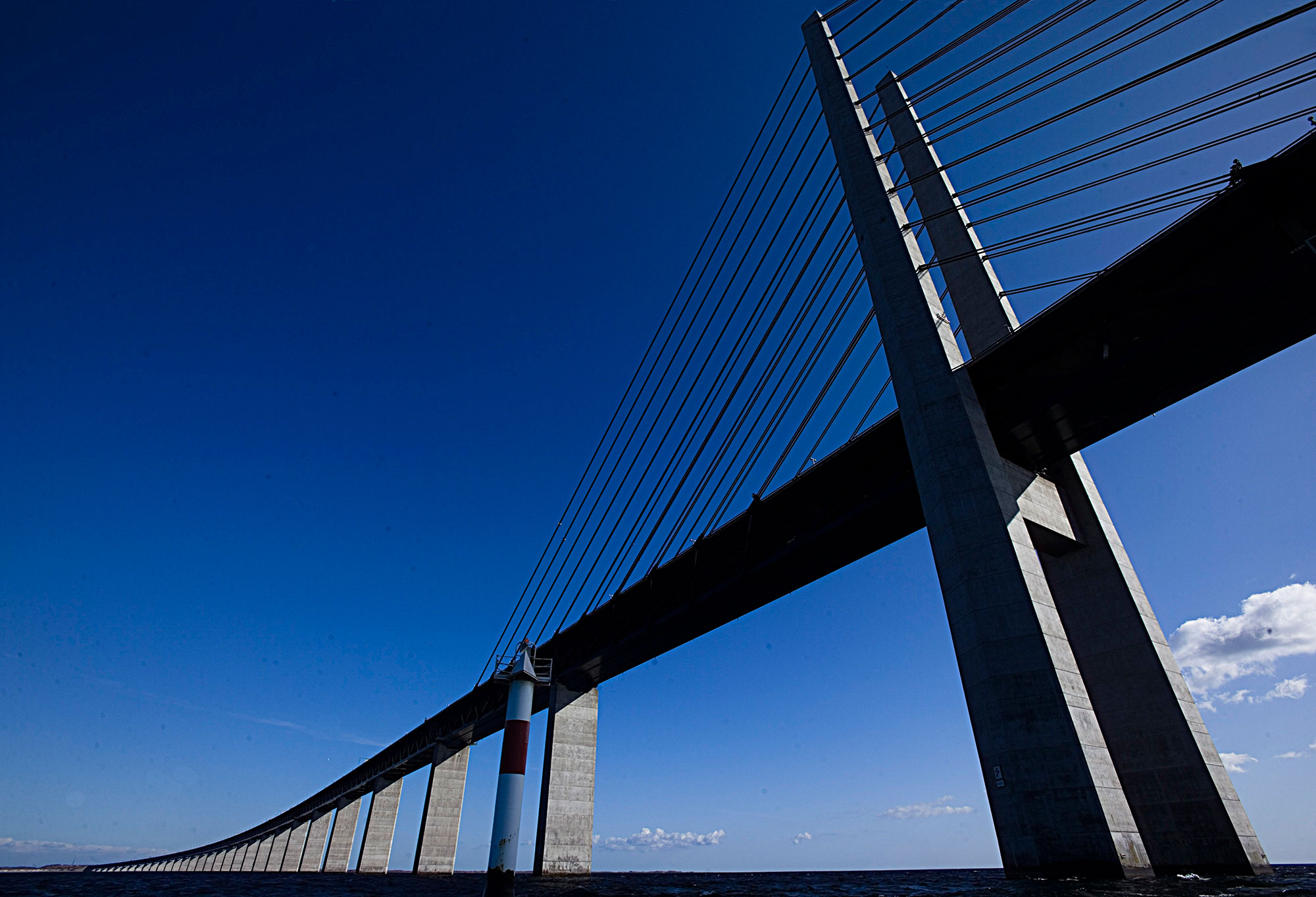 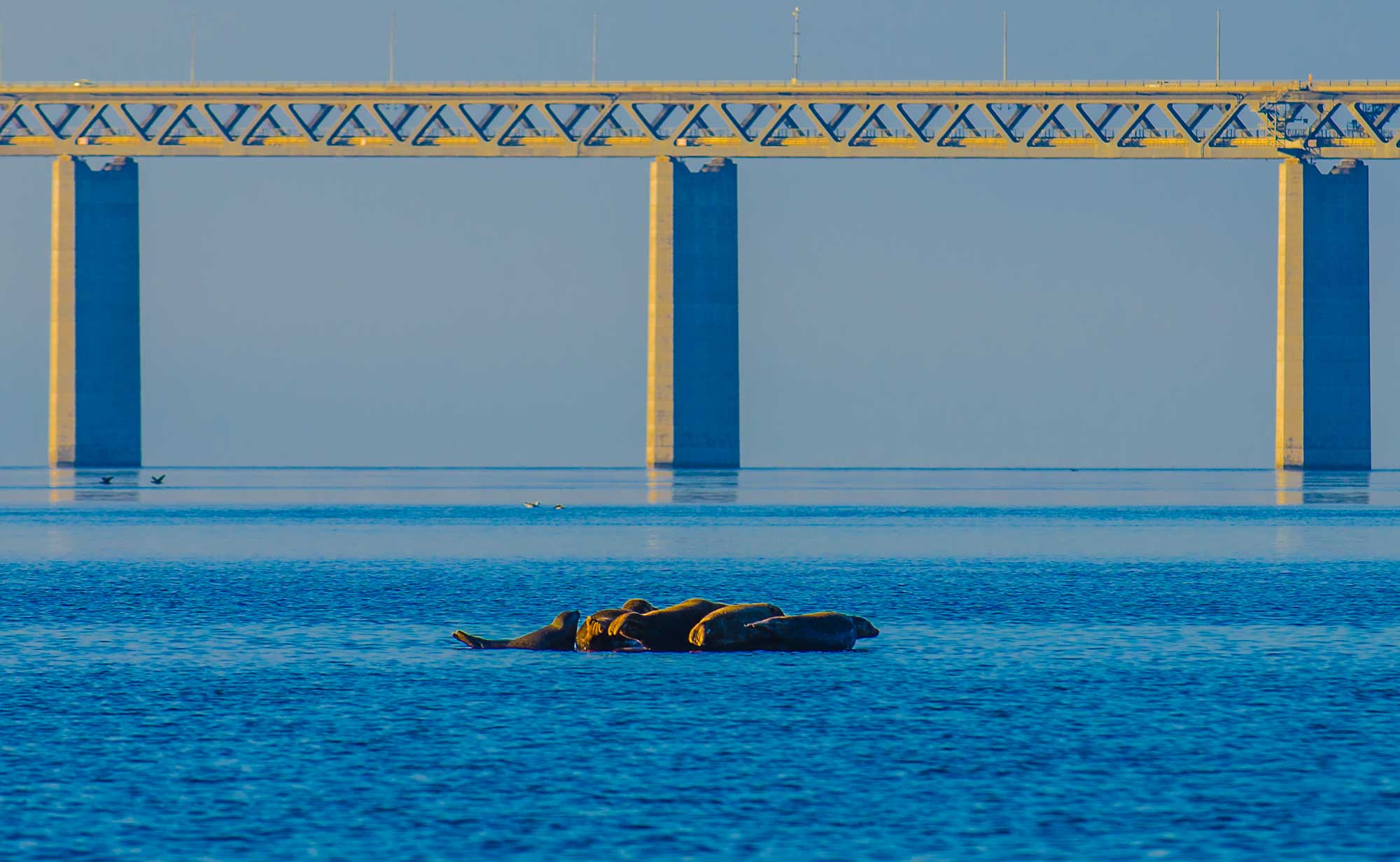 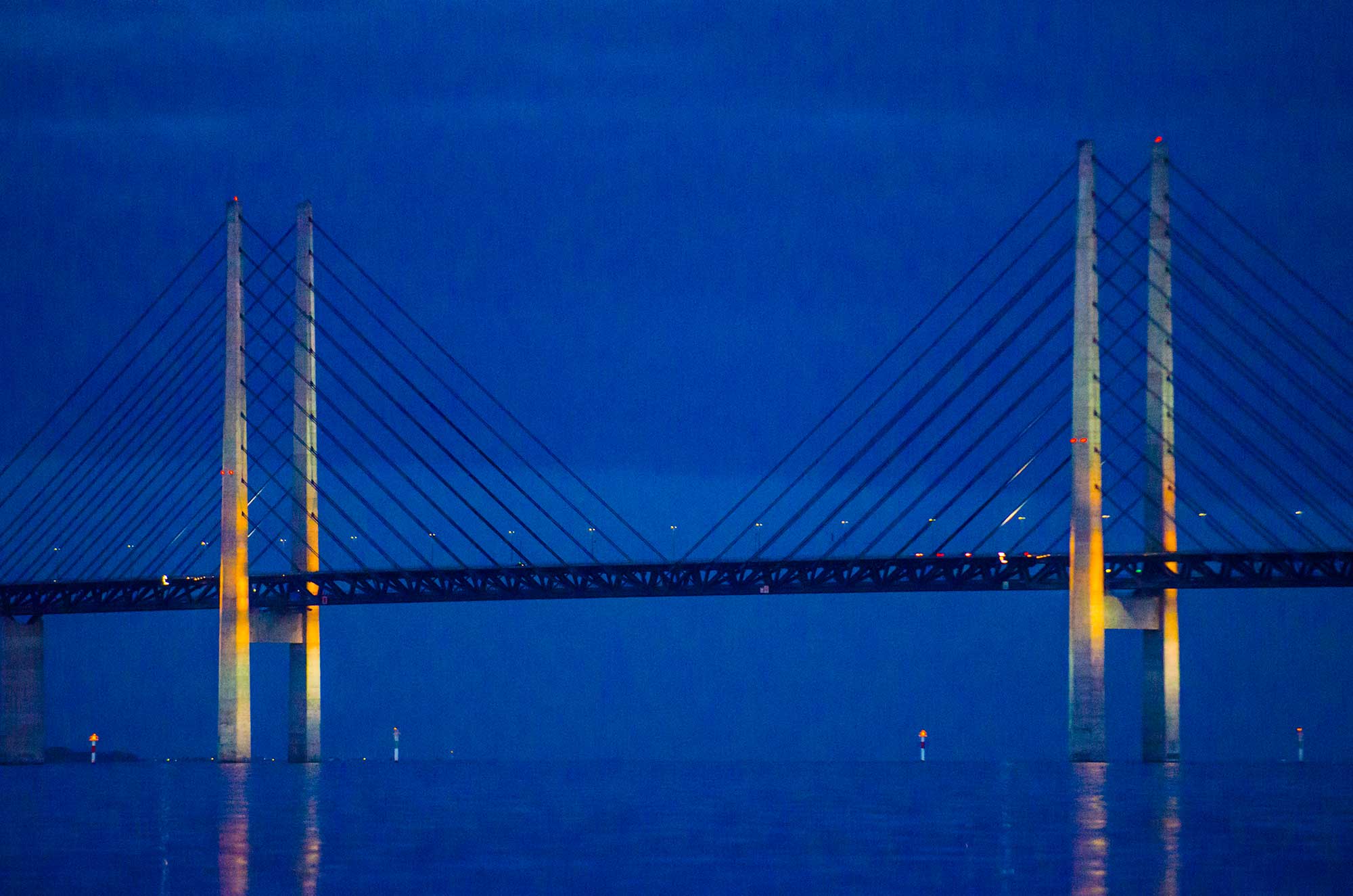 Øresund Bridge at Night with lights on 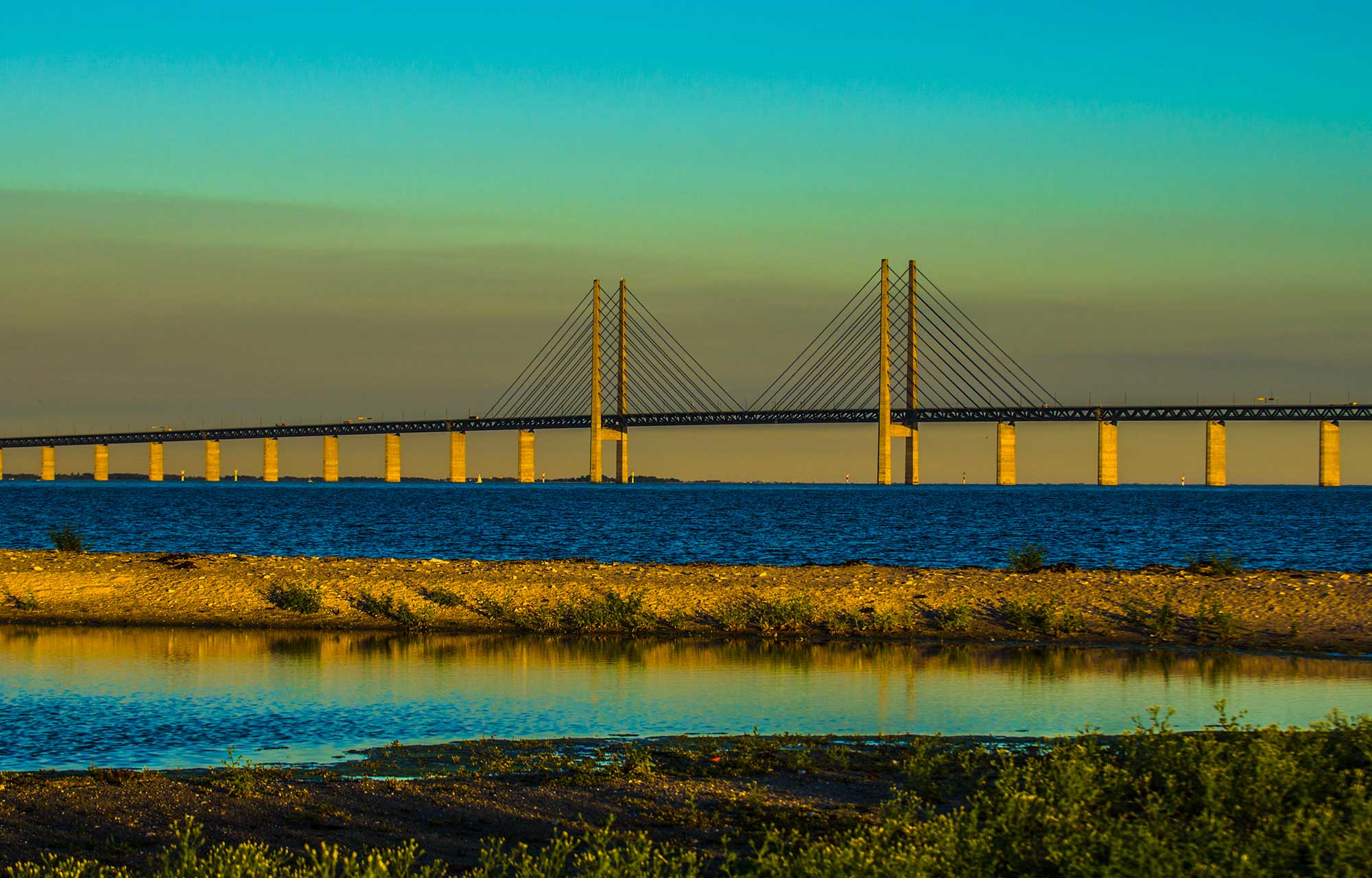 Øresund Bridge at sunset from saltholm 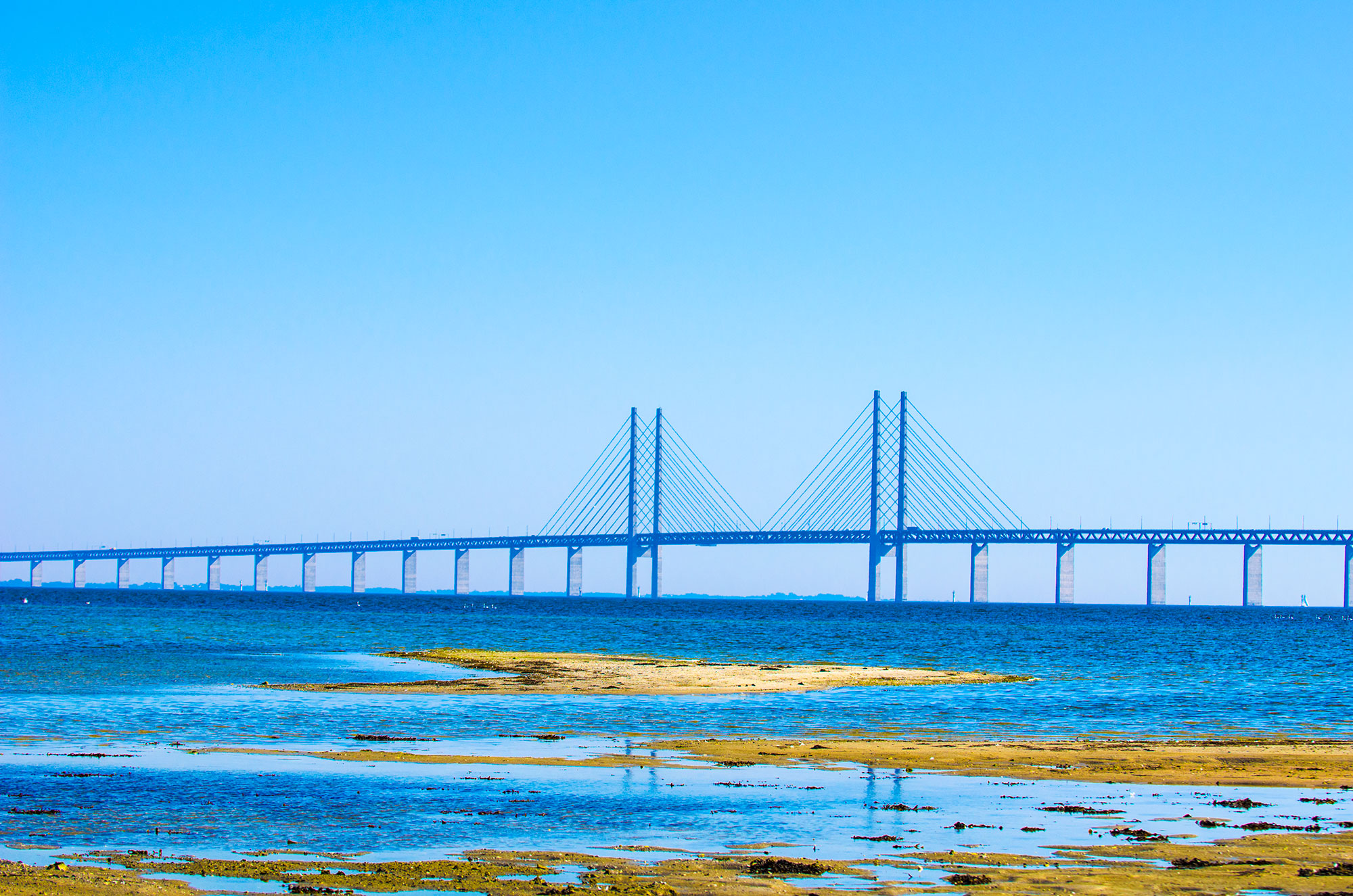